In December last year, our University celebrated its 24th anniversary. Through the past two decades, due to the dedication and professional work of the teaching staff as well as the remarkable engagement of our valued students, University of Tetova has grown into an competitive institution with great educational credibility. With thirteen faculties and 64 study programs, the University has become a strong symbol of an academic preparation for upcoming generations and is serving as reference university in the region and beyond.Therefore, we can easily admit that the University of Tetova has successfully met the standards and fulfilled the mission that was appointed since the first day of its existence. We are delighted to see every day as it grows and look alike as all other prestigious European universities.Currently, the University of Tetova, as an institution of higher education and research awards academic degrees in various academic disciplines in all three cycles of study: undergraduate, master’s and doctoral studies.We, as university leaders, continually are interested in improving the overall environment by enhancing the quality of academic services, improving the teaching and research level, and direct and fruitful communication with students and teachers’ staff. As a result of this engagement, we have succeeded in meeting our objectives and goals for bringing new students closer, i.e. increasing the number of those enrolling in the study programs we offer in all faculties.We are interested to support our students by cutting off the tuition fees if needed, always giving priority to excellent students, to whom we grant scholarships each academic year.Since its foundation, for all the steps made and for all the developments that have taken place, national community has been university’s best ally. We try to cultivate a very healthy relationship with all our stakeholders with whom we have a multidimensional collaboration.Aside the collaboration within Albanian community and the agreements we have with public and private universities in the Republic of Albania and the Republic of Kosovo, our focus has been also in strengthening the collaboration with worldwide prestigious universities, with whom we have signed memorandums of collaboration for activities related to the educational and research process.University of Tetova, nowadays represents a suitable choice for all who are interested to have strong careers in the future and equal opportunities with all students in the world. We guarantee quality and programs acceptable according to the standards required by the European Credit Transfer System and the global labor market.Our University is now strides toward the third decade, with the determination, vision and spirit of the revivalists, education pioneers and enlighteners of our nation.Therefore, for all of you who will enroll in one of our faculties and study programs offered by our University, we pledge to work with dedication to prepare you professionally and to make you fit for dignified competition in the local and international labor market.

We are looking forward to welcoming You! 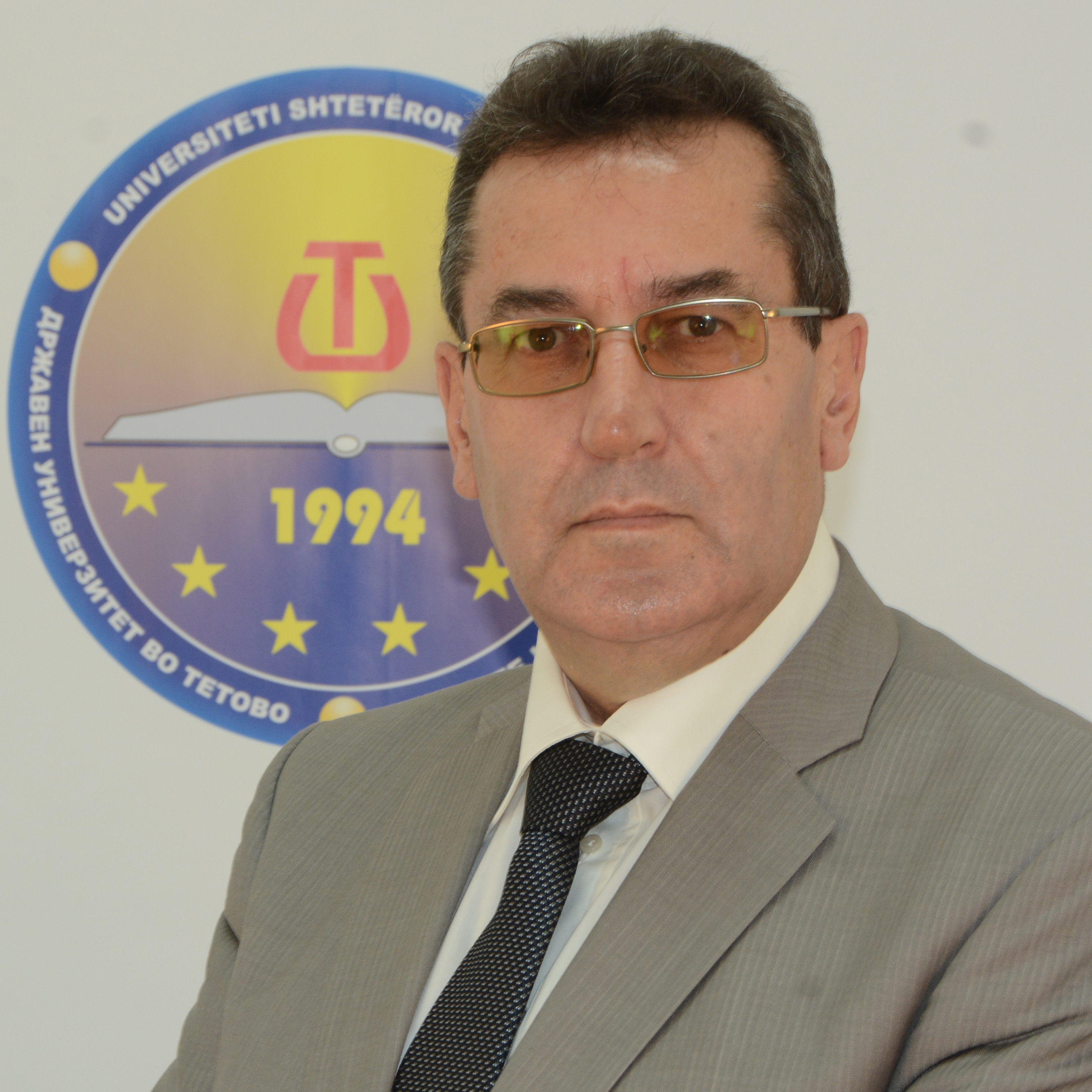 The University of Tetova welcomes and is open to all the students, teachers and collaborators.  It welcomes individuals who possess intellectual and moral qualities, which they can apply in an academic climate of clearly defined institutional autonomy and academic freedom, to contribute to the development of education, science and professional development at the university.

“The university has a short history but a long past”.

It was founded on December 17, 1994 as an initiative of Albanian intellectuals, various non-political affiliations and a wide spectrum of supporters of higher education from inside and outside North Macedonia.

The historical development of the university can be divided into two phases:

From an emerging physical state, the University developed and was transformed into what we can witness today- the New University Building. Thereafter, it has been confirmed as a member of the Conference of European Universities and, as a reformed institution, it is recognized as the only public higher education institution operating in the Albanian language, providing qualifications, specializations and research to all people. The University of Tetova consists of 13 faculties, 65 study programs, 115 departments and 3 research centers and institutions.

The Bologna Agreement is implemented in the educational process and the university has initiated reforms in its scientific research program to bring it up to the standards of more developed countries. The results of entering into international collaboration projects such as Erasmus, DAAD, and Tempus, following European standards, has already led to and evident enhancement in academic quality.

With regard to the Bologna Agreement, the University of Tetova is currently entering a new phase of its development, implementing a standard 3+2+3 model, and a structured 4+1+3 (BA, MA, and PhD studies) model with a research focus. Applying the new European study system, UT is fulfilling its goal of improving student professional development and establishing an international harmonization of degrees.

Degrees from University of Tetova are now recognized as being comparable with those obtained from more established European universities; this recognition is confirmed by alumni employed or continuing postgraduate studies at various higher education institutions across the world.

Looking towards the future, the University’s goal is to locate all faculties on a single campus. Physically, this will include:  first, second and third cycle studies, specializations, visiting professors and other guests, canteen, sports centers, main library, computer center, and various labs.

At an operational level, the future development of the University of Tetova will involve:

The implementation of ECTS will be achieved through student mobility through which students will broaden their horizon and deepen their knowledge at universities signatories of the Magna Charta Universitatum.

While we take pride in the achievements of recent years, we are also accepting responsibility for future actions that need to be taken for us to match the trends of contemporary academic institutions. To achieve this, the management and academic staff of the University of Tetova are taking full responsibility for creating new values, especially in education, science and culture, which are the pillars of the prosperity of new generations.

To sum up, the University of Tetova is already headed towards developing a new effective system of higher education that will lead the university towards achieving the standards of contemporary academic institutions. By appointing and preparing professionals, and by promoting observable and measurable change both within and outside the country, the university will achieve it towards achieving its over-arching mission.

The intention of being closer and more accessible to students has already resulted in the availability of study programs throughout the country, and, particularly, within specific cities in the Republic of North Macedonia.

The University of Tetova aims to be a University for all of the citizens of North Macedonia, without any national, religious, or other differences. In pursuit of this aim, it is now open to all students who wish to study here.

The university’s offer for prospective students is economical and inclusive. Numerous study programs with affordable fees are offered.

The University of Tetova is the one and only Albanian-language state university in North Macedonia. Qualified academic staff, increasing collaboration, cooperation with prestigious universities in the region and internationally and, most importantly, the emotional relationship of Albanians with the UT, their sacrifice and their contribution, have established and brought it to its current position. They now provide the major reasons why one should study at the University of Tetova. THE MUSEUM OF THE UNIVERSITY OF TETOVA

In Poroj, a village outside of Tetovo, there is a museum that documents the sobering history of the founding of the University of Tetovo – back in 1994.

Born out of the determination to found a university teaching in the Albanian language, members of the community came together to form this university in Tetovo. Members of the community wanted to establish a university in Tetovo where students could learn in the Albanian language. Without support from the state, the community came together – with volunteer professors, meeting in makeshift classrooms in peoples’ houses. This effort was met with resistance, however, as you can see in the newspaper articles and exhibits in the museum.  In one of the photos, you can see the villagers coming out on to the streets to protect the students, after about 300 troops were sent to address the situation.

In fact, foundation of the museum of the University of Tetova, is one of the most important moments during the lifetime period of this institution as far as it represents the connect between the past and the future.

Actually, the museum of the University of Tetova is open in the Blackwell History of Education Museum – College of Education in Northern Illinois University, Chicago USA.

Don’t miss the great chance to visit this Museum!

Center for Peace and Transcultural Communication