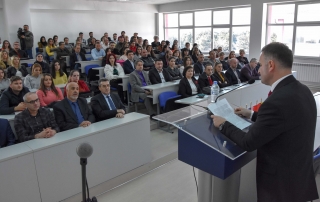 At the UT with a solemn ceremony was marked the November 22, the Congress of Manastir, known as the Alphabet Day.
On the 111th anniversary of the unification of the alphabet to the students and professors of our university with occasion speech addressed the Dean of the Faculty of Philology, Prof. Dr. Berton Sulejmani.
Referring to the importance of this day, he said that commemorating and honoring the anniversary of the Congress of Manastir, and in particular its 111th anniversary, is not just an honor, but a duty and obligation of our generation, for all those who spared nothing, facing persecution and reprisals to solve one of the major issues of our culture, the common Albanian alphabet”.
The Congress of Manastir was of great importance not only for the national alphabet and literary language, for education and culture, but also for the Albanian National Movement in general. It is rightly said that after the Albanian League of Prizren this is the assembly that gathered Albanians from all parts of our country and other areas where lived Albanians, by giving the first signal for the national independence of the Albanian people. Also for the first time in our history paved the way for the congress to discuss major issues of our culture. Indeed the history of the Albanian language alphabet was a long, tiring and painful way, but the Albanian patriots managed to solve it”, said Prof. Dr. Berton Sulejmani.
The central speech of the significance of the Congress of Manastir was presented by the Professor of the Department of Albanian Language and Literature of the Faculty of Philology of the UT, Prof. Dr. Emine Shabani. According to her, the National Renaissance has prominent names that have contributed and even sacrificed everything to preserve language, culture and identity, and singled out some names whose work is closely linked to the Path of Letters until the end of the Congress of Manastir as well as reaching agreement on a unique alphabet. “This congress had a total of 32 delegates with the right to vote, representing 23 cities, societies and clubs and 18 other non-voting delegates. Chairman of the Commission was Gjergj Fishta, while Vice-Chairman: Mit-hat Frashëri, Secretary: Luigj Gurakuqi and members: Ndre Mjeda, Bajo Topulli, Sotir Peci, Gjergj Qiriazi, Shahin Kolonja, Parashqevi Qiriazi, Grigor Cilka, Hilë Mosi, Thoma Avrami, Fehmi Zavalani, Nyzhet Vrioni, Observer of the Congress -Phineas Kennedy, Sotir Peci, Shahin Kolonja, Dhimitër Buda, Mihail Grameno, Sami Pojani, Filomena Bonati, Taqi Buda, and Petro Nini Luarasi”, – said the Prof. Dr. Emine Shabani.
This event was concluded with a recital prepared by students of the Department of Albanian Language and Literature, Ermira Ameti, Sema Fetahi and Arta Omeri, as well as an instrumental interpretation in the flute, performed by the student of the Department of Music from the Faculty of Arts, Teuta Emini. 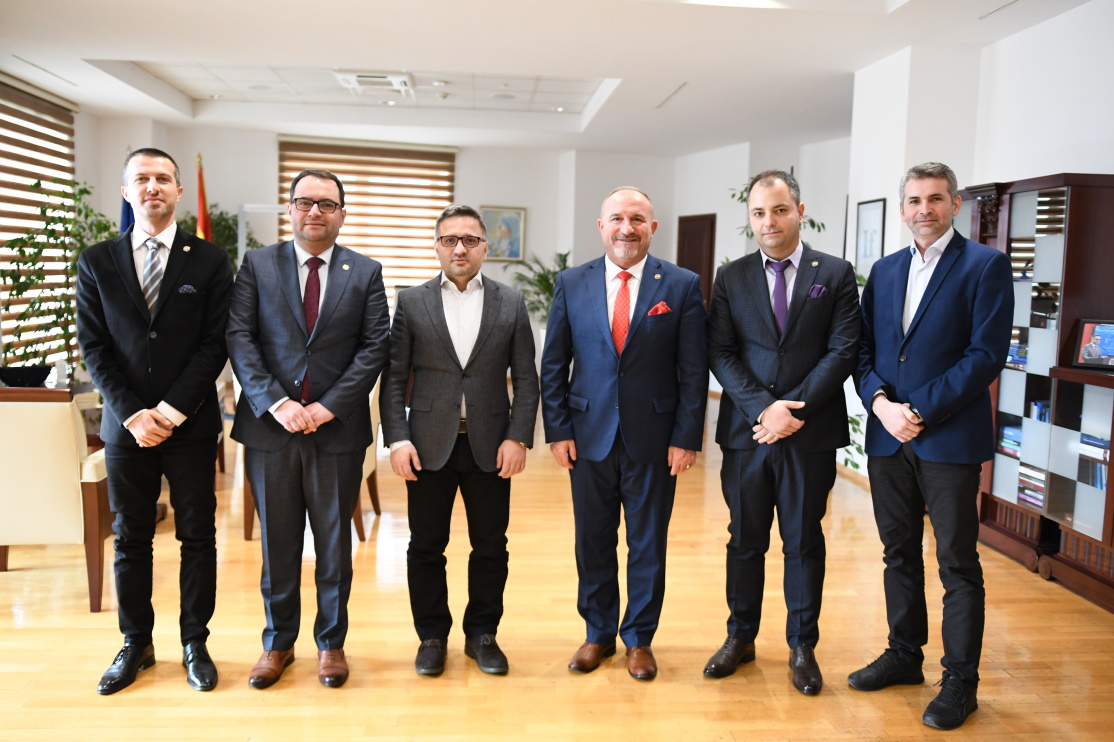 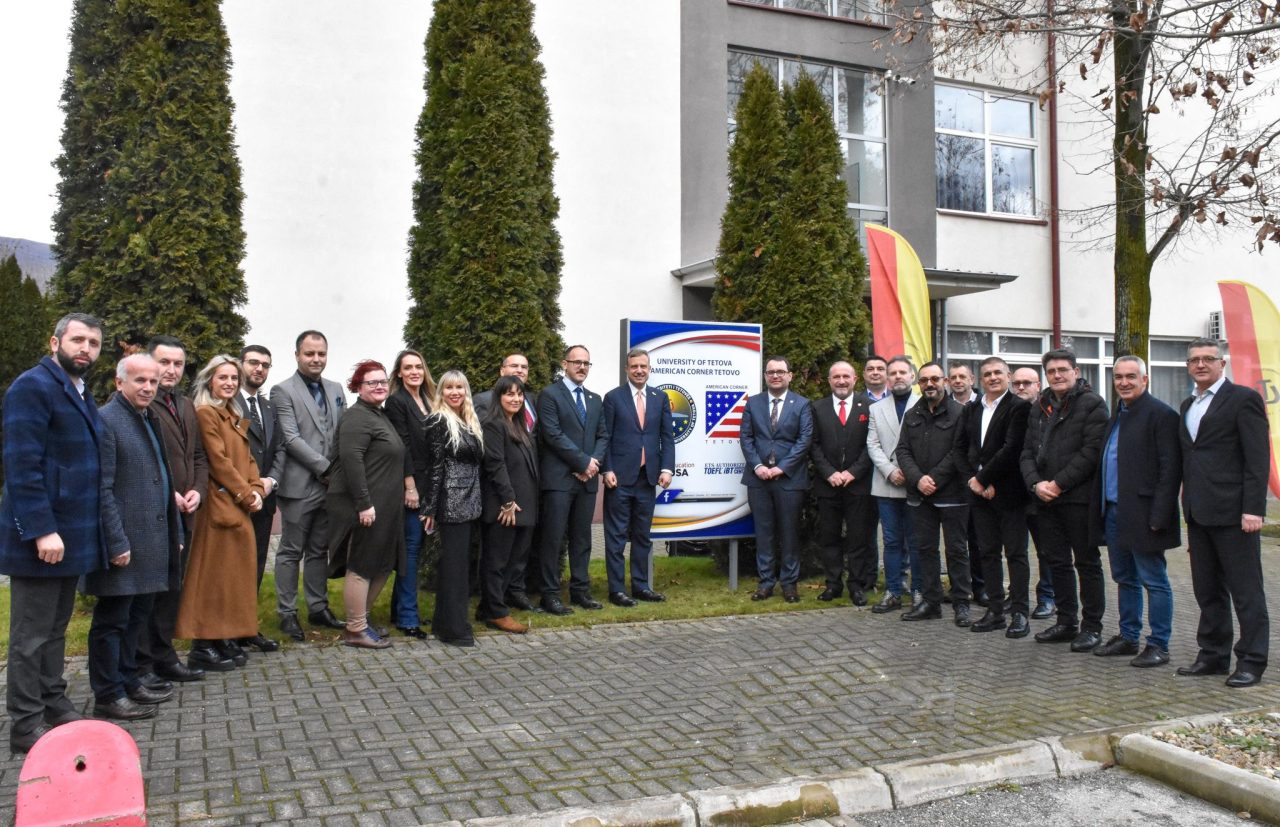 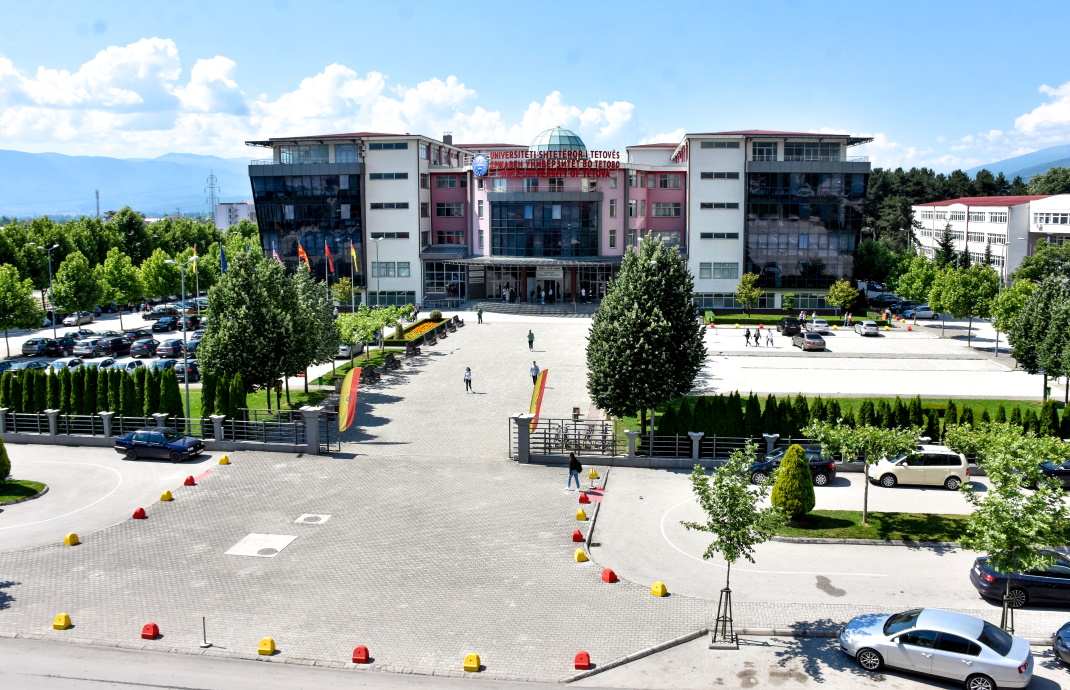